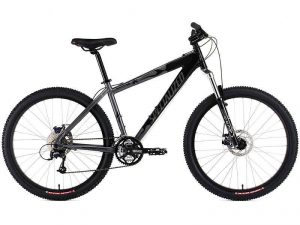 “Electric assist bikes are still bikes, but they are capable of traveling 20-miles-per-hour,” said Boston bike attorney Andrew Fischer. “When they are in bike lanes, they become a big hazard because they are proceeding as a motorized vehicle in a lane where motorized vehicles are not allowed.”

These bikes (also known as e-bikes) differ from “motorized bicycles” (also known as mopeds) in that mopeds don’t have pedals, usually require a driver’s license and some form of registration and can’t travel on bike paths and bike lanes. An electric assist bike requires pedal power and does not possess an internal combustion engine – so it’s technically not considered a motor vehicle. The Consumer Product Safety Commission notes there are two basic categories of e-bikes: bicycle-style electric bicycles and scooter-style electric bicycles. We’re primarily referring her to the former, which by 15 U.S.C. Chapter 47 Section 2085 have fully-operational pedals, an electric-powered motor up to 750 watts and travels a maximum speed of 20 mph.

“If electric bikes are being used as motor vehicles instead of simply for assistance, you might be pleasantly cycling at 10- or 15-mph in a bike lane and have one come up behind you at 20 mph and scare you,” Fischer said. “There is some conflict about how they should be used on the roads, and also on multiple user recreational paths, where we also have people on roller blades and pushing strollers.”

Fischer is quick to note that electric bikes do have benefits. They can be used to help someone who may be reluctant to ride a bike in Boston feel more comfortable and empowered. At the same time, he said, there are legitimate safety concerns that need to be ironed out.

These bikes are already in regular use in cities like Paris and Madrid, which have many outlets offering e-bike rentals and tours.

Massachusetts law does not expressly define “electrically assisted bicycle” separately from a bicycle with a gasoline engine. Mass. Gen. Law Ch. 90 Section 1 does define “motorized bicycle” as a pedal bicycle with a helper motor OR a non-pedal bicycle with a motor and a cylinder capacity not exceeding 50 cubic centimeters, an automatic transmission and the capability to reach a maximum speed of 30 mph.”

One study by the Transportation Research and Education Center with Portland State University indicated 52 percent of users surveyed indicated they felt “enthused and confident” on an e-bike, compared to 38 percent who felt the same on a traditional bicycle. A 2014 report on the regulations of E-bikes in North America notes that the many different kinds of emerging electric bikes make it difficult to regulate.

“Most states tend to lump e-bikes into classifications such as moped or motorized cycle,” researchers noted. “When definitions do exist, they are often inappropriate, convoluted or inconsistent with information available on DOT and DMV websites. … There is sometimes contention between how states define and govern e-bikes and how municipal governments do so within their jurisdictions.”

A number of cities have banned electric bikes on many popular trails, concluding that e-bikes are essentially motor vehicles. Moab in Utah is one example, as reported by WeLoveCycling.com. New York City is another, with CityLab reporting the mayor cited concerns about reckless riding. The city even seized nearly 700 e-bikes last year, many of those belonging to delivery workers /employers.

While there are some e-bike distributors that encourage consumers to carry a printed version of the federal definition of an electric assist bicycle in case of potential run-ins with law enforcement, this reveals a lack of understanding of the role of federal law. Researchers called for uniformity of state-level e-bike regulations.

Our bike injury attorneys in Boston would encourage all bicycle users to be cautious and courteous, whether on public roads or trails, to avoid the potential for a collision and injury.