With so many more people riding bikes and bike advocacy groups doing better than ever, one might expect the per-capita share of bike accidents to bike riders to be on the downswing.  This would be true ideally even if the overall number of bike crashes was on the rise.  This would make sense with there being so many new bike riders on the streets of Boston, Cambridge, and the surrounding areas.

According to a recent news article from the Boston Globe, Boston is still very much a dangerous place for bike riders in terms of the frequency of bike crashes and a lot of the danger has to do with road conditions.  As the author who is an avid Boston bike rider and has been for more than 20 years noted, Boston has some of the most dangerous roads in the world and he is comparing to other countries that are from being called developed nations. END_OF_DOCUMENT_TOKEN_TO_BE_REPLACED

The growing number of cyclists in Boston has been great for the environment, for personal health and for the city’s culture. The U.S. Census Bureau reported that of the 318,000 employees in Boston, 1.7 percent biked to work. That’s a 70 percent increase from the number who did so in 2000. That doesn’t include the number who have picked up the activity for recreation or those who do so as a way to get to and from classes. 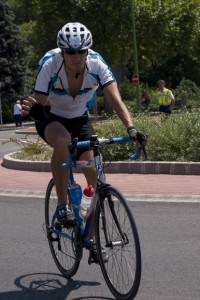 Our Boston bike attorneys are thrilled at the traction the sport has gotten in recent years. But we also recognize it has also coincided with an uptick of bicycle accidents.

Most serious bicycle accidents in Boston happen as a result of a car or other vehicle colliding with a cyclist. Cyclists are often competing with drivers and pedestrians for space as they navigate through construction, gridlocked intersections and double-parked vehicles. Whether it’s “dooring” or being cut off by a driver who doesn’t see you, cyclists are taking a risk every day. Many may have grounds for compensation for those injuries, but obtaining it can be tough without an experienced attorney.  END_OF_DOCUMENT_TOKEN_TO_BE_REPLACED