Two years ago, Shane Snowdon, a non-profit health educator and consultant, lost one of her good friends to a fatal bicycle crash in Cambridge. Her 65-year-old friend, a songwriter and social activist, was struck by a vehicle while on her bicycle. 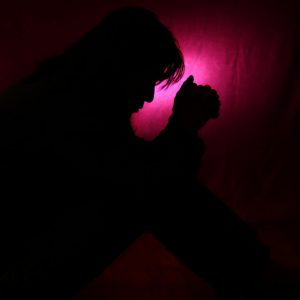 For Snowdon, it was 1997 all over again. That was the year Snowdon says she struck and killed a bicyclist in Boston. Writing for WBUR 90.9, she notes that she was not found at-fault for the fatal crash that night. She was not speeding or distracted and she was completely sober. However, she says she’ll never forget the look of the cyclist, staring wide-eyed at her as he crossed in front of her vehicle just as she was rounding a curve. His body flew into her windshield and over her car. She stopped at the scene, as required, and got out to find him motionless.

“You do not want to be me,” she writes. “No destination, no text, no drink, no glance away from the road is worth knowing that you have killed another human being.”

She went on to add that it’s agony living life knowing that whatever you accomplish isn’t going to matter because you caused the death of someone else. Whatever happiness you may enjoy could only serve as a reminder of the happiness you stole from the person whose life was lost, and their family and friends.

Although most of the bicycle crash cases our Boston bike injury lawyers take on involve motor vehicle drivers who were found at-fault, Snowdon’s words as someone who has been behind the wheel of that car are powerful. We hope they will reach listeners and readers, and remind them that when they are in control of a motor vehicle, that is the most important job they have: Not changing the radio, not checking a text message or social media site, not disciplining their children or comforting a pet.

Snowdon said that while she has not spoken hardly at all of that night in 1997, she felt compelled after both the death of her dear friend and also the recent news that traffic deaths in 2016 reached their highest level in nearly a decade. More than 40,000 people died in traffic crashes last year. That means we have as many people dying in car crashes as suicide, which is the No. 1 cause of non-illness-related death. That’s more than opioids deaths or gun-related fatalities.

That breaks down to 100 car crash deaths every single day in the U.S. Think about all the Iraq and Afghanistan soldier combat deaths since Sept. 11, 2001. Now multiply that by six, and that is how many people are dying on our roads every year.

Put another way: 1 out of every 200 drivers on the road in the last decade have killed another person while driving.

Snowdon says she intends to advocate for better bicycle safety features and more awareness among motor vehicle drivers. She wants more lights on bicycles and better safety technology on vehicles – those that initiate emergency braking, smart cruise control, backup cameras and blind-spot monitoring. She wants truck side guards to come standard and protected bike lanes to be the norm, with blinking lights on every crosswalk that gets heavy use.

She also had another message for drivers: Those speed limits we all love to complain about? They exist to keep us all safe. Those seat belts we find so cumbersome? They are there to save our lives. Those mirrors we may not pay much attention to? We have to start using them more often to protect the lives of others.