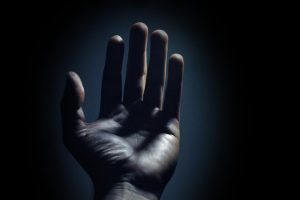 The lengths to which this bicyclist had to go to regain even a modicum of movements highlights the severe injuries that can result from bicycle accidents, and why you need an experienced attorney to ensure you recover all the damages to which you are entitled.

According to NewAtlas.com, the patient in question suffered quadriplegia after a bicycle crash back in 2009. He was not able to perform basic life functions, such as eating food and drinking water. But now, using implanted electrodes under his skull and others in his arm, his brain has been reconnected with certain paralyzed muscles. He is now able to carry out some of those very basic functions.

The system used in this particular case is the latest model of a project that has been in development for more than 20 years. Doctors start with two pill-sized electrodes in the motor cortex of the brain. Those electrodes watch for brain signals as the person thinks about moving certain parts of their body. Previously, researchers were able to use this same system to have mobility-impaired persons move screen cursors using only their minds to type out the messages.

In the case of this former bicyclist, doctors needed the device to track his brain activity has he tried to move his arm or his hand. This took about four months of testing. After this phase, doctors decided to move forward with the implant.

The device has the power to control muscles in the man’s shoulder, elbow, arm, wrist and hand. After months of physical therapy and testing, the patient is reportedly at the point where by simply thinking about taking a drink or feeding himself, he can will the muscles to move and coordinate. He can scratch his nose or grab a mug filled with water or eat mashed potatoes.

He says that after eight years of being unable to move, this newfound ability is “awesome.”

Another man who also suffered a spinal cord injury and was outfitted with this same system last year now has the ability to hold and handle every day objects. He can stir his drinks, swipe credit cards and even play video games.

Spinal injuries are unfortunately all too common for victims of bike crashes in Boston. Injured riders may be entitled to compensation for:

If you have been injured in a bicycle crash in Boston, our injury lawyers may be able to help you recover financial damages.