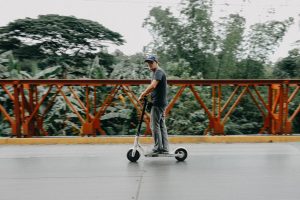 Now, instead of the mayor basically shouting e-scooter companies off his city lawn, they’ve been welcomed with a seat at the table for a chance – with the city’s blessing – to try again. (Cambridge may soon do the same, which is good news because better connectivity boosts use rates with dockless systems.) END_OF_DOCUMENT_TOKEN_TO_BE_REPLACED