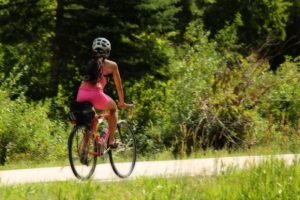 Why do these seemingly minor changes matter? Some might view these fixes as trivial, but its effect is evident when we look at the so-called “war on cars” that was reportedly raging in Seattle just a few years ago. That three-word phrase was dominating the conversation about improvements to bicycle infrastructure in the city. Instead of discussing whether it should be safer for people to walk, bike or ride public transit, they were instead debating whether they should give in to demands to “make driving worse.” What should have been a winning issue for everyone became a losing issue all-around. But that shifted when a small non-profit group stepped in to champion a city-wide network of local streets that were low traffic and safer for those on bikes. And instead of calling themselves “biking advocates,” they labeled themselves “neighborhood advocates.”  END_OF_DOCUMENT_TOKEN_TO_BE_REPLACED