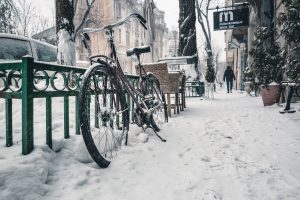 In general, winter weather bike riding in Boston requires bicyclists to be cautious and alert, dress appropriately and to maximize visibility, ride slowly and be especially careful on roadways and at intersections already known for their danger. END_OF_DOCUMENT_TOKEN_TO_BE_REPLACED 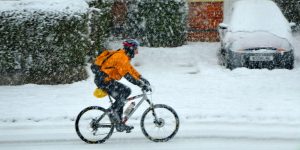 Whenever anyone gets behind the wheel of a car in Boston or anywhere else in Massachusetts, they owe a duty of due care towards anyone who might be foreseeably injured by not driving with the requisite amount of care.  This is known as the reasonable and prudent person standard and can be found in the proposed jury instructions for the Commonwealth of Massachusetts, which is designed to explain the negligence standard to jurors in civil cases throughout the state. END_OF_DOCUMENT_TOKEN_TO_BE_REPLACED

Many bike accidents in which a bicyclist is seriously injured or killed occur in areas in which there is not adequate bike safety infrastructure and drivers have not been given sufficient education on the topic of bike safety as more and more bike commuters are on the roads of Boston and other major cities across the nation than ever before.

This is not to say the driver who causes an accident is not at-fault, and thus the proper defendant in a Boston bike crash lawsuit, but having better bike safety infrastructure should still be pursued since anything that reduces the number of bike riders injured each year should certainly be pursued. END_OF_DOCUMENT_TOKEN_TO_BE_REPLACED

Boston and the surrounding areas, including the City of Cambridge just across the Charles River, have come a long way in terms of promoting bike safety. Still, there is much work to be done as we look ahead to 2018.

An unknown activist or group of activists created a bike lane complete with while lane divider line and bike lane logo using a can of white spray paint. As one might expect, this was makeshift bike lane was quickly photographed and tweeted as well as being posted on bike rider advocacy websites. There were a lot of jokes about the lines not being straight, but also thousands of comments about how the city needs to put in an official bike lane to prevent the many preventable bike rider injuries and fatalities that occur when such precautions are not taken.  END_OF_DOCUMENT_TOKEN_TO_BE_REPLACED

These days bike riding has become a popular form of transportation for adults as well as from of exercise.  There was a time when bike riding was mostly a kid’s activity. That has changed and most regular cyclists are over the age of 30. Still, it has remained a fun activity for children as well.  While a lot of the accidents we see in Boston involve commuters who are hit by cars on their way to work, we still see many cases involving young bike riders who are hit by cars.

According to a recent news article from the Boston Herald, a young child and his father were struck by a car as the father was walking aside his son who was riding his bike.  Authorities have said the Boston bike crash resulted in serious personal injury to both the child and his father.  Witnesses have said  the car was a black sedan and had the word “Seniors” painted on the windows indicating that the car was being driven by high school senior. END_OF_DOCUMENT_TOKEN_TO_BE_REPLACED

If you are involved in a bike accident that was not your fault in Boston, you should never decline medical attention. In far too many cases, cyclists decline offers of medical assistance from first responders. 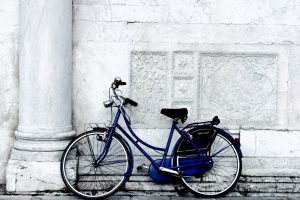 When a Boston bike crash victim does accept the offer to be checked out by EMTs or paramedics or to go to the hospital, there may be a variety of reasons. One possibility is the individual does not realize the full extent of their injuries immediately following the accident. They may be in a state in a shock or they may be in too much pain from seemingly superficial injuries like cuts and scrapes from the pavement to realize that is the least of their problems. In other cases, they may too embarrassed to admit they need help.  END_OF_DOCUMENT_TOKEN_TO_BE_REPLACED

When a person gets on a bike and hits the streets, they are getting exercise, reducing their carbon footprint and engaging in an activity that is becoming very popular in the greater Boston area and across the nation. While that is the upside, the downside is that many motorists are not driving in a safe manner and are not taking bike safety laws seriously, and this can and often does result in serious personal injury or death.

In some cases, a cyclist might even share part of the blame. This is what is referred to as comparative negligence. Thankfully, state law does not make this a barrier to recovering damages. Riders who were partially at-fault for the crash may still recover damages, so long as they are not more than half responsible for causing the crash.

According to a recent news article from CBS Boston, a middle school teacher in Charlton, was recently killed in a bike crash.  This victim was 40-years-old at the time of this death. A Massachusetts State Police (MSP) spokesperson said the accident occurred on Route 20 at 3:30 p.m. END_OF_DOCUMENT_TOKEN_TO_BE_REPLACED

Our Boston bicycle accident lawyers are not just attorneys – we are avid riders ourselves. We are committed to advocacy that makes Boston streets safer for cyclists, and have been on the forefront of some of the state’s most important legislation to protect cyclists. This in-depth knowledge of these statutes is what allows us to provide such strong representation for our clients. We also support others’ efforts to promote safe cycling and better driver awareness of rider presence and rights.

A recent news article from the Park Record discusses how middle school student who was in a serious bike crash now is dedicated to bike safety and has even given a seminar on the subject at this school.

END_OF_DOCUMENT_TOKEN_TO_BE_REPLACED

In Hurst v. Metropolitan Casualty Insurance Company, a case from the Supreme Court of Wyoming, two plaintiffs were ridding separate bicycles around noon.  One plaintiff was riding about 30 feet in front of the other, and they were both on the shoulder of the road and the emergency lane when one was present.

At this point, a woman driving a minivan at around 50 miles per hour when she veered into the breakdown lane where plaintiffs were riding. She hit the rear bicycle rider from behind and the rider flipped up onto the roof of the minivan.  He was then thrown over the back of the minivan and ended up hitting the ground nearly 2oo feet away. END_OF_DOCUMENT_TOKEN_TO_BE_REPLACED

According to a recent news article from Wicked Local Cambridge, a new, two-direction bike lanes program on Brattle Street in Harvard Square is leading to some major disagreements between business owners and cyclists. The bike lanes are a new design that places two bike lanes closest to the curb and sidewalk along Brattle Street.

This design is very different from existing bike lanes in other areas. The first thing that distinguishes it is that it is a protected bike lane.  This means that there is a painted divider between the lane intended for vehicle traffic and the bike lanes with plastic poles installed on the painted divider to serve as a physical barrier.  This is not an impenetrable barrier like a Jersey barrier as they are designed to brake away, but it would make cars much more likely to keep their distance than if the divider was not present. END_OF_DOCUMENT_TOKEN_TO_BE_REPLACED