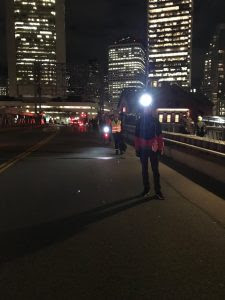 END_OF_DOCUMENT_TOKEN_TO_BE_REPLACED

There is a lot of advocacy being done these days to promote bike ridership and also bike safety in places like the Greater Boston area. A lot of that work deals with the construction of bike lanes and making drivers more aware and educated about bike safety issues. While there has a been a lot of good that has come out of these efforts, there has also been more awareness brought to an entirely different issue.  According to a recent news article from Fast Company, less than a quarter of bike trips (including bike commutes) involve female riders.

While this may seem obvious if you think of all the riders you see around Boston on a weekly basis, it is not an issue that is given much attention. There are various reasons for so few female bike riders suggested and realizing why this situation exists is the first step in getting more women out on the roads on bikes and bringing more equality to the growing community. END_OF_DOCUMENT_TOKEN_TO_BE_REPLACED

Boston and the surrounding areas, including the City of Cambridge just across the Charles River, have come a long way in terms of promoting bike safety. Still, there is much work to be done as we look ahead to 2018.

An unknown activist or group of activists created a bike lane complete with while lane divider line and bike lane logo using a can of white spray paint. As one might expect, this was makeshift bike lane was quickly photographed and tweeted as well as being posted on bike rider advocacy websites. There were a lot of jokes about the lines not being straight, but also thousands of comments about how the city needs to put in an official bike lane to prevent the many preventable bike rider injuries and fatalities that occur when such precautions are not taken.  END_OF_DOCUMENT_TOKEN_TO_BE_REPLACED

There are many ways a Boston bike crash involving a car can occur.  One of the more common ways involves cyclists in the extreme right lane, alongside a line of cars, with a car making a right turn. The problem is, many motorists don’t look for or see the cyclist and the result is a collision.

The National Law Review recently published an article about right turn bicycle accident lawsuits (we prefer to the term “crash,” though we know many people still commonly call them “accidents”).

This type of bike crash is getting more common in Boston and cities across the nation as more and more people are using bikes as a primary mode of transportation including traveling to and from work.  According to the League of American Bicyclists, there is no question that biking as a means of commuting is getting more popular as time goes by.  This organization compiles various study results and keeps detailed statistics of how many people use bike riding as a primary means of commuting.  One way to measure the data is in terms of how many bicycles trips (not recreational use) are taken each year.  In 2001, there were 1.7 billion trips and by 2009, there were 4 billion trips.  This number is only continuing to increase as more time passes. END_OF_DOCUMENT_TOKEN_TO_BE_REPLACED

In Boston and cities and towns in the Greater Boston area, some of the biggest dangers to bike riders is being hit by a truck or other large commercial vehicles. These vehicles have large blind spots in the areas in which bike riders tend to be, and while there are side guards that could prevent serious or fatal bike crashes, most trucks do not have them equipped.

According to a recent news article from The Boston Herald, a bike rider was struck and killed by a dump truck in Boston’s Dorchester neighborhood. The fatal Boston bike crash occurred just before 2 p.m. in an industrial area of Dorchester.  Authorities have not issued an charges as of the time of this article an are still continuing to investigate the cause of the accident.  Following the crash, the area was blocked off with police crime scene tape and investigators took photos and measurements.  The driver of the dump truck stayed at the scene and was cooperating with investigating officers.

END_OF_DOCUMENT_TOKEN_TO_BE_REPLACED

Boston bike accidents often result in serious personal injury or death.  Riding a bike can be a great way to reduce one’s carbon footprint and thus help the environment, get some much-needed physical activity in our sedentary lives, and have a good time on the commute to work.  While there are many goods things about ridding a bicycle, they do not offer that much in the way protection in the event of a crash, so responsible bike riders are often at the mercy of other drivers to act reasonably so as to protect bike riders from foreseeable harms caused by negligent driving. 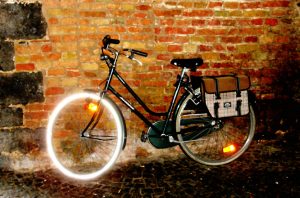 The couple was riding their bicycles when the bike crash victim collided with a motor vehicle that was traveling in the same direction.  The driver of the vehicle immediately came to a complete stop and waited for first responders to arrive. END_OF_DOCUMENT_TOKEN_TO_BE_REPLACED

In Hurst v. Metropolitan Casualty Insurance Company, a case from the Supreme Court of Wyoming, two plaintiffs were ridding separate bicycles around noon.  One plaintiff was riding about 30 feet in front of the other, and they were both on the shoulder of the road and the emergency lane when one was present.

At this point, a woman driving a minivan at around 50 miles per hour when she veered into the breakdown lane where plaintiffs were riding. She hit the rear bicycle rider from behind and the rider flipped up onto the roof of the minivan.  He was then thrown over the back of the minivan and ended up hitting the ground nearly 2oo feet away. END_OF_DOCUMENT_TOKEN_TO_BE_REPLACED

With so many more people riding bikes and bike advocacy groups doing better than ever, one might expect the per-capita share of bike accidents to bike riders to be on the downswing.  This would be true ideally even if the overall number of bike crashes was on the rise.  This would make sense with there being so many new bike riders on the streets of Boston, Cambridge, and the surrounding areas.

According to a recent news article from the Boston Globe, Boston is still very much a dangerous place for bike riders in terms of the frequency of bike crashes and a lot of the danger has to do with road conditions.  As the author who is an avid Boston bike rider and has been for more than 20 years noted, Boston has some of the most dangerous roads in the world and he is comparing to other countries that are from being called developed nations. END_OF_DOCUMENT_TOKEN_TO_BE_REPLACED

According to a recent news article from Wicked Local Cambridge, a new, two-direction bike lanes program on Brattle Street in Harvard Square is leading to some major disagreements between business owners and cyclists. The bike lanes are a new design that places two bike lanes closest to the curb and sidewalk along Brattle Street.

This design is very different from existing bike lanes in other areas. The first thing that distinguishes it is that it is a protected bike lane.  This means that there is a painted divider between the lane intended for vehicle traffic and the bike lanes with plastic poles installed on the painted divider to serve as a physical barrier.  This is not an impenetrable barrier like a Jersey barrier as they are designed to brake away, but it would make cars much more likely to keep their distance than if the divider was not present. END_OF_DOCUMENT_TOKEN_TO_BE_REPLACED