Boston bike accidents often result in serious personal injury or death.  Riding a bike can be a great way to reduce one’s carbon footprint and thus help the environment, get some much-needed physical activity in our sedentary lives, and have a good time on the commute to work.  While there are many goods things about ridding a bicycle, they do not offer that much in the way protection in the event of a crash, so responsible bike riders are often at the mercy of other drivers to act reasonably so as to protect bike riders from foreseeable harms caused by negligent driving.

It’s been more than a century since massive crowds gathered in Madison Square Garden to witness, “The Fastest Bicycle Rider in the World.” He was perhaps better known as, “the Worcester Whirlwind.” His defiance of Jim Crow segregation in the sport drummed up headlines and publicity, but his performance that year made history. Marshall “Major” Taylor became a world champion bicycle racer.

He was the first African American world champion – and this was years before Jack Johnson, also a black man, became the heavyweight champion of the world in 1908 and nearly a half a century before Jackie Robinson was integrated into baseball.

To honor his history, strife and contributions to the sport of cycling and society at-large, a number of Major Taylor birthday rides are being hosted throughout the country. Taylor was born on Nov. 26, 1878. This year, rides are being held on that day in:

All this has been part of an ongoing, concerted effort not to allow Major Taylor’s memory to be lost in light of such remarkable accomplishments. END_OF_DOCUMENT_TOKEN_TO_BE_REPLACED

The vehicle driver was charged with driving while intoxicated, aggravated vehicular assault, reckless driving, failure to keep right and aggravated driving while intoxicated. Because he had two prior felony convictions, he was being held without bail. The aggravated vehicular assault charge stemmed from the fact that his blood-alcohol concentration was 0.18 or higher.  END_OF_DOCUMENT_TOKEN_TO_BE_REPLACED 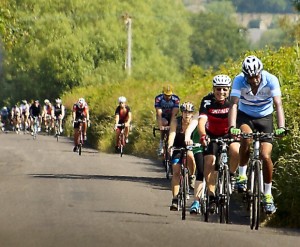