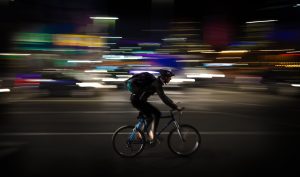 It is expected to shrink delivery costs for UPS by reducing the amount of gas and automotive maintenance required, as well as eliminating the need for double handling of packages. The company is also testing approximately 9,300 low-emission vehicles worldwide.
END_OF_DOCUMENT_TOKEN_TO_BE_REPLACED 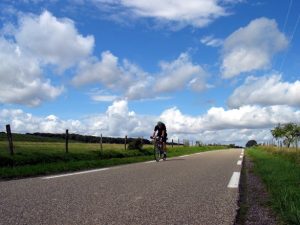 “There is a mythology that a bicyclist is protected in a crosswalk,” Fischer said. “In fact, that is not Massachusetts law. If you look at the section that deals with crosswalks, it says ‘Motorists shall yield to a pedestrian in the crosswalk.’ The omission of ‘bicyclist’ is a glaring one.”  END_OF_DOCUMENT_TOKEN_TO_BE_REPLACED 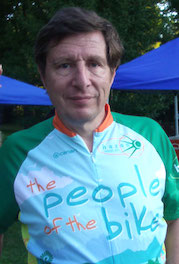 “(He) put in a full 50 years and started when NOBODY believed an adult could, or should, ride a bicycle for transportation,” wrote MassBike Director Richard Fries. “During the day, he represented victims of bicycle crashes as one of the country’s first bicycle lawyers. And his case work helped define many laws. And if there were no laws, he helped write them! … (Bicyclists) are safer because Andy made sure cops and district attorneys and engineers recognized that a person on a bicycle belonged on the road with as many rights as anybody else.” END_OF_DOCUMENT_TOKEN_TO_BE_REPLACED